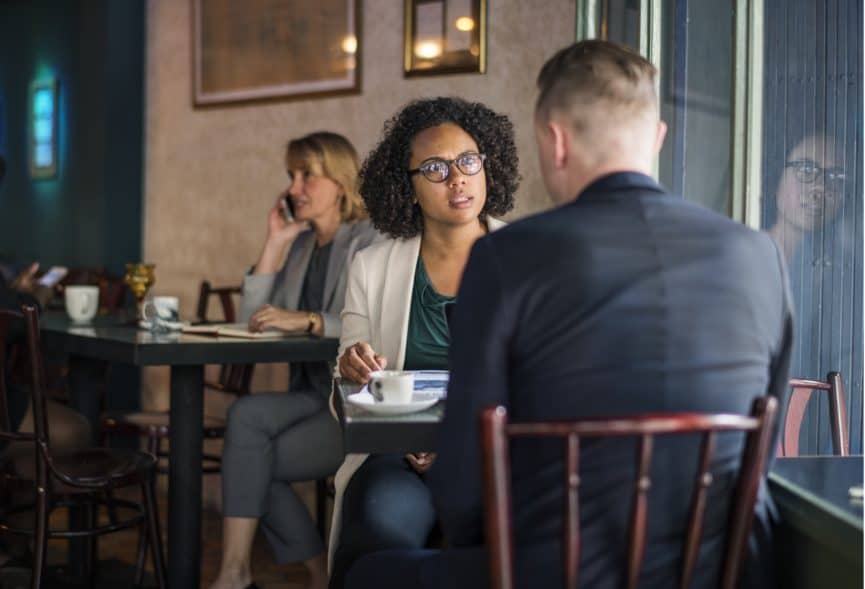 The world of work has been forever altered by the #MeToo and #TimesUp movements. Since their inception in October 2017 with the publication of sexual harassment and assault allegations against now-disgraced media mogul Harvey Weinstein, #MeToo stories and calls for #TimesUp have come to touch every corner of the corporate landscape. As the movement has become more visible and more powerful, more employees—mostly women—have felt empowered for the first time to report misconduct that had been pervasive in workplaces since women began to join them.

Almost immediately, companies began to review their sexual harassment policies. While we hope that business leaders sought to improve workplace safety and inclusiveness because it is the right thing to do, it’s likely that many organizations simply wanted to guard against becoming the next “victim” of the movement. Settling sexual harassment claims has repercussions for a company’s reputation, and it’s often an expensive process in and of itself. Additionally, a #MeToo moment can hurt workplace morale, negatively impacting productivity and engagement in daily work tasks.

Regardless of the motivation, a survey conducted this past June found that of the 150 human resources executives who participated, over half reviewed their policies, and of those that did, 58 percent chose to update them.

While this is an important step toward more transparency and accountability, updating HR policies alone won’t combat the epidemic of sexual and gender-based violence and discrimination. Johnny Taylor, president of the Society for Human Resource Management, says that “legalistic solutions rather than practical ones” won’t be sufficient. Instituting mandatory trainings, prohibiting certain types of workplace fraternization, or banning women and men from traveling together for work trips isn’t necessarily the answer, he suggests. “We need to change the culture, not create rules that people will ignore.”

In the #MeToo era, it’s not enough to just let employees know that there is now a stated policy of zero tolerance. Telling is now out; listening is in.

Organizations need to make a concerted effort to ensure that all concerns about sexual harassment and discrimination in the workplace have the opportunity to be heard. To support this, VPs of HR should consider revamping old mechanisms for reporting misconduct—or instituting new ones.

For this solution to work, it’s critical that listening be turned “always-on.” In other words, employees need to feel empowered to report problems at any time, whether that means filing a formal complaint or simply sharing an incident that made them uncomfortable. A sexual harassment hotline or an internal Slack channel can serve as useful mechanisms for this type of listening, but these tech interventions won’t work on their own. They must be paired with a vocal commitment from senior leaders to end workplace sexual harassment and violence.

In revitalizing your always-on listening strategy, it’s important for company leaders to consider that as employees feel more emboldened to report inappropriate workplace behavior, there may be significantly more complaints to monitor. Indeed, there already has been: the Equal Employment Opportunity Commission saw a 50 percent increase in the number of sexual harassment lawsuits filed in the past year.

Bearing this in mind, VPs of HR should make sure that the people responsible with answering the hotline or reviewing the Slack channel are prepared for the task. They can do this by training them on how and to whom to report problems and on how to close the loop with the person who voiced the concerns. This last part is key, for if employees don’t feel that their efforts to communicate problems accomplished anything, they’ll likely not feel comfortable reporting in the future—and the cycle of problematic workplace behavior will continue.

Companies should absolutely review and revise their HR policies and host sexual harassment trainings in light of the #MeToo era. But they should also make a concerted effort to ensure that their organizational culture is one that emphasizes safety and fairness and rejects bullying, power plays, and other discriminatory behavior. For the #MeToo and #TimesUp movements to really effect the positive changes they have called for, listening must be part of the equation.