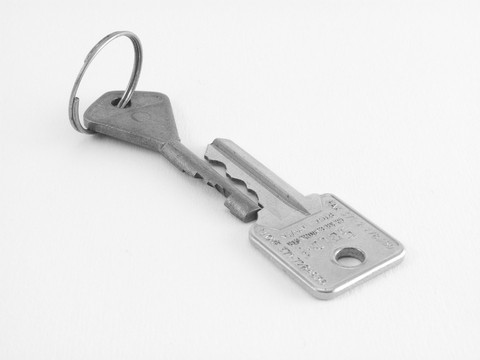 A few years ago I was researching reasons for non-performance–why most people get stuck and never realize their full potential. I came across a TED talk by Dr. Gay Hendricks. The focus of his talk was focused more on how people self-sabotage relationships due to an inability to cope with success. Whether a professional athlete who cannot win “the big game” or the serial dater who ruins a great relationship for fear of success. An interesting insight, worthy of exploration. I have taken some liberty with his model to make it work with my view of life and life at work.

In his thesis he describes 4 zones of behavior and/or skill. Picture a pyramid with 4 zones and the bottom zone is the largest and first zone. The first is the zone of incompetence things we do not do well because we are simply incompetent and have neither formal training nor a propensity for the behavior/skill. For me, that zone is HUGE. Fixing my computer, plumbing my house, repairing my TV, speaking foreign languages–all examples of things I cannot do well at all. The second zone in the pyramid is the zone of competence. These are the things we are capable of doing, but they are not differentiators for us–we don’t stand out. For example, I can change the oil in my car and figure out how to fix most minor electrical problems at home. However, it will take me 5-6 times longer than a professional and will typically require several modifications/attempts before getting it right. These are the things in life I can do, but somebody else can do them much better. The third zone is our zone of excellence. These are the behaviors/activities/skills that we do very well. I spend a lot of time writing for journals, speaking engagements and for fun. I am often encouraged to write more and am told I excel at writing. Expressing myself through written and/or spoken words could be a zone of excellence for me. The closer you get to the top of the pyramid, the more specific and more unique the behaviors and skills become to you. Many of you may not know I worked hard to get a Master’s degree in conducting while in Cincinnati working on another graduate degree. Why? I love music; I felt drawn to lead an orchestra of instruments and a choir of voices to experience the amazing synergy of hundreds of individuals turning black dots into a breathtaking synthesis of emotion, tempo, tone, dynamics all building toward a perfect crescendo of spent energy. Finally, at the top spot of the pyramid rests our fourth zone of genius. It is the smallest zone–only our most unique/natural/impactful behaviors and skills can fit into our genius.

Take Einstein for example–was his “genius” his genius, or was his genius his ability to utilize more of his brain to solve complex problems? I love one of his quotes, “Everybody is a genius. But if you judge a fish by its ability to climb a tree, it will live its whole life believing that it is stupid.” Each one of us has a very specific “genius” that is not described as much by an outcome, but rather a process. We can possess more than one genius, however, most people never discover their genius and most people spend the majority of their life in their zone of competence. Think of your workplace and of a person you admire for their genius. Unfortunately, in the workplace when a person discovers his/her genius we typically sabotage his/her success. We promote them into management! For some crazy reason many senior executives assume a technical/process genius would also make a great people manager and the reward for realizing and utilizing their genius is promotion to management-where they ultimately fail and experience a serious blow to their self-esteem. The fallacy is not understanding that when we work in our genius we are our happiest, our most productive and our most engaged. If leading and/or managing others is your genius, you will be affirmed for that genius. Most of us don’t need our manager to be the technical expert, the process pro and the person that gets it all done. We actually resent that manager. If you think about a manager you really admire, my hypothesis would be that you admire the manager for surrounding herself with genius that she does not possess. A great leader can identify genius in others and keep them growing in their genius. Great leaders know their zones of incompetence and competence and work diligently to fill those holes first. Consider American Idol–I cringe at the large number of “singers” who believe their genius is singing. Who lied to them? Rather than spending time honing and fine-tuning their real genius, they are wasting time chasing a “desired” genius they will never possess. Parents: never push your desired genius on your child–the rejection is painful!

I am often brought in to “coach” an at risk leader as the last chance corporate “parole officer.” Seriously, Ivy League talent promoted out of their technical genius into senior leader roles and failing miserably and mad as hell. Why? They drank the Kool-Aid and believed those who wrongly promoted them. They are mad at their subordinates for not seeing their new genius and recognizing their leadership excellence; after all, they received an executive MBA! They aren’t even considering that those they lead aren’t following because they do not believe in them as a leader. Most of these leaders are living in their zones of incompetence and competence and expecting the same results they achieved when in their genius. As Einstein said–if you judge this “fish” by its ability to climb the executive tree–it will resent it and live out its life believing that he/she is stupid and/or others are stupid.

So what is the takeaway? For me, it is to spend as much time as possible living in my zones of genius and excellence. To quit wasting my life living in the safe zone of competence. Do you want a job or do you want fulfillment, joy, impact and energy from work? Fear is the great paralyzer. Ask 2 to 3 of your closest friends what your genius is–that which is unique to you and you do extremely well. Take an inventory of time wasters–do they reside in your zones of incompetence and competence? Be courageous and identify your genius and take intentional steps to grow your genius. Stop taking your unhappiness out on others. Surround yourself with those who are geniuses in areas you are not; they will flourish with opportunity and you will stop striving to demonstrate genius where none exists. One of the things I love most about my community of friends is the collective genius! One of my longtime friends asked me yesterday if there was anything he could do to help me. I was hesitant to ask because for me the project was difficult, time consuming and required skills I did not possess. Finally, I revealed the project–his response “easy peazy”!! Relief flowed through my veins. When it is your genius–it is “easy peazy”–when it is your incompetence it is HUGE and overwhelming. I am still learning to lean on others and to practice what I teach. Recognizing the genius in others propels them toward an exceptional life. Denying the genius in others repels them resulting in resentment and frustration.

I can guarantee you a more engaged and effective workforce if you identify the genius of each employee and propel that genius toward the strategy and vision. I can also guarantee you that contentment with competence and promoting a person out of his/her genius will have a serious and negative impact upon the organization as a whole. Be courageous!